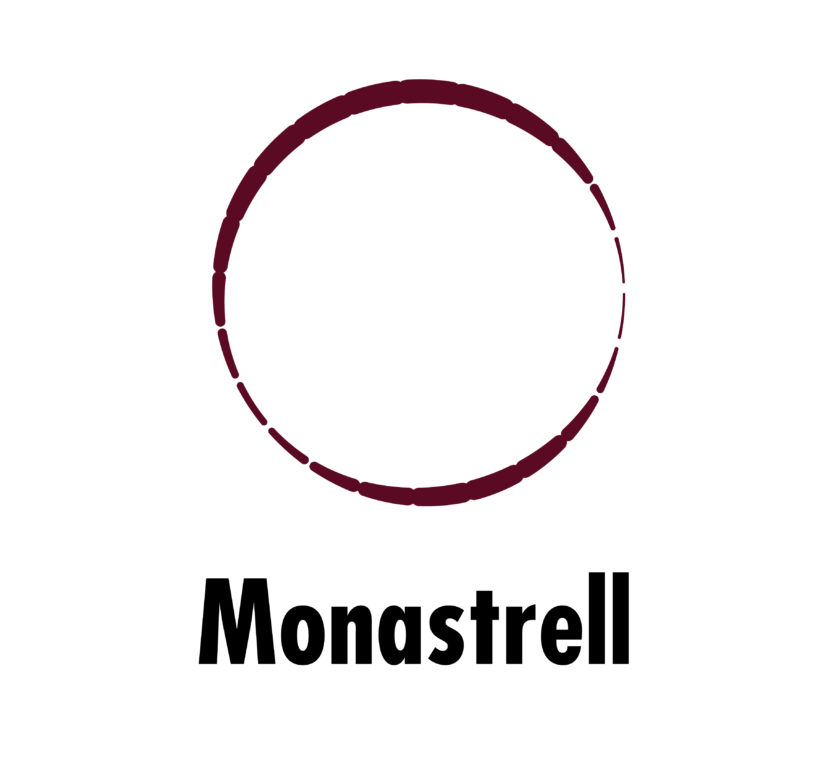 We have a southeast Spain wine map where the main grape is monastrell that you might be interested checking out.

Internationally it is frequent to call this grape by its french name Mourvedre although 80% of it is grown in Spain and its origin is in Valencia, Spain (after Phoenicians introduced it in 500 BC) and this is a testiment on how much the international wine world favors France as a wine country. In Spain it is famously grown in the south as it needs a lot of heat and time to ripen in the dry regions of Valencia, Jumilla, Yecla, Almansa and Alicante where it does not rain a lot. It is draughtresistant and in these regions a lot of the vines are really old having deep roots making them do well mostly without irrigation as the deep roots collects the water. In these regions you will find 100% monastrell but more often in a blend favouring monastrell. You will likely find a lot of small variations in the regions around this area in terms of the types of grapes used, if it is oaked or unoaked and keep in mind that Yecla and Bullas are around 800 m above sea level while Jumilla is around 150 m above sea level meaning that the difference between the day and night temperature (diurnals) will increase having an effect on the acidity of the wine.

In France Monastrell is also common as a blending grape in the GSM mix in Rhone where M stands for “Mourvedre” but also in Bandol in the south of France near Provence being the only region in the area focusing on red wine.

Monastrell is also planted in Australia (South and NSW) where it is called Mataro, in the US (Washington and California) and South Africa.

Overall you will probably be shocked at the low prices of wines from this area together with the high quality. You will find great value often around only 7-15£.

This is a full body wine with potent tannins with dark fruit flavour, it tends to be high alcohl wine as well. It is often described as having a gamey-flavour to it as well as earth. However, it is not uncommon at all to find a more tamed version without crazy tannins and

Other Types of Wine

In Catalunia in the north of Spain they produce cava using Macabeo and some other grapes but also here Monastrell is sometimes used for Rosé Cava using the Saginee method. This method uses the pink juice from making red wines into a rosé.

Slowly we will add wine recommendations of good wines using the monastrell grape. There are several recommendations currently in the southeast Spain wine map including Barahonda which is a beatiful vineyard with a fantastic and affordable restaurant that is well worth the visit if you ever are in the area. Also, by the off chance you are interested in renting an offgrid house 20 minutes driving from Yecla or a beach apartment 45 minutes away in Torrevieja please send a message here.

Barahonda (Yecla) has around 10 different wines and a beautiful vineyard but what is most recommended is their restaurant that offers two larger tasting menus with the 8course of around 40€ as long as an extensive wine list around 7-15€ per bottle with insane quality. We have a trip report written about it being published soon with images.

Recommended by several is the Volver by Bodegas Volver from Alicante DO in the small city of Pinoso and they offer wine tastings and guided tours at a nice venue by appointment.