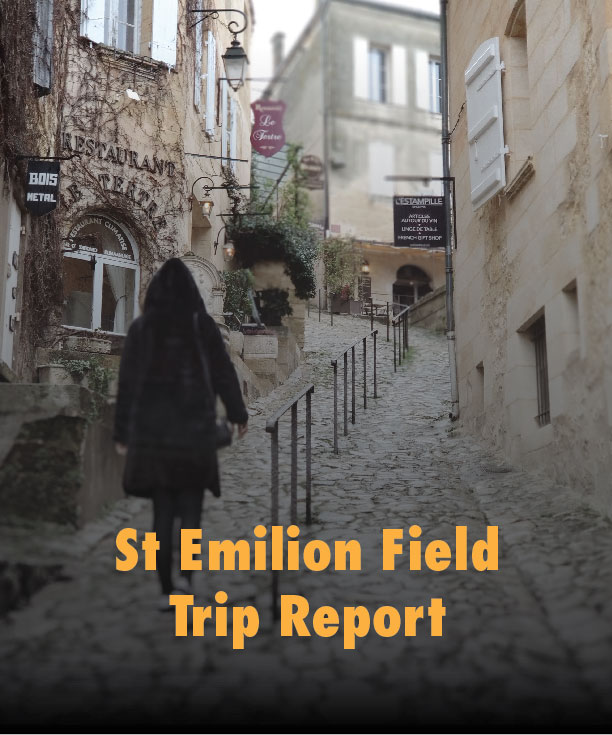 In March 2019 we went for a short weekend trip to Bordeaux, 45 minute driving to St Emilion and this is a small trip report what is trying to help someone doing a similar trip. It is intended to first cover tips and suggestions for a future traveller and then in the end of the trip report mixed with personal opinions that may or may not be relevant. Its purpose is to give recommendation on a food and wine-related trip with a little extra focus on the wine. 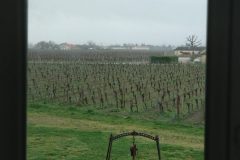 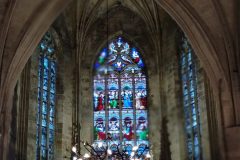 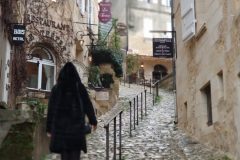 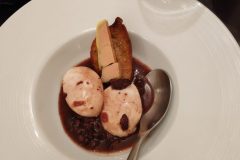 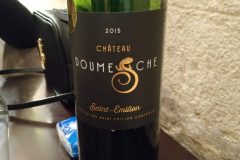 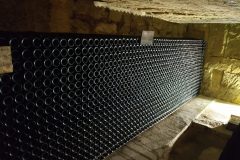 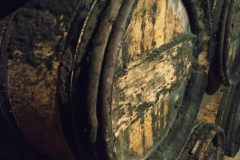 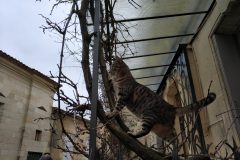 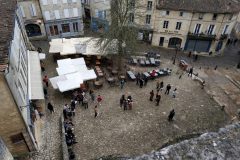 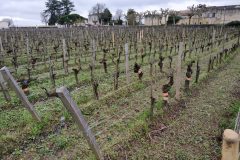 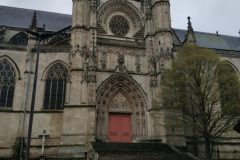 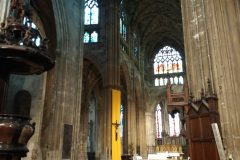 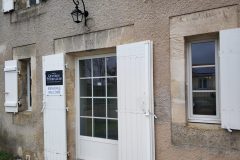 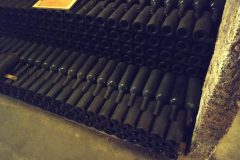 St Emilion is a small town in the Bordeaux area with a population of around 2000 people, it is definitely very beautiful and a great location for a relaxing trip. Libourne (25000 inhabitants) is nearby as well as Bordeaux and in terms of wine we have Pomerol, Canon-Fronsac close by in case you would get bored of St Emilion itself.  As for many places in France then St Emilion have been making wine for ages and probably the most (expensive) famous is the Angelus where you are looking at 150€+ per bottle but there are several more affordable options to look at but we are generally looking at 15€+ per bottle.

What do they do? – Grapes etc

One of the more powerful wine experiences I had in 2019 was the Chateau Maison Blanche 2014, Montagne Saint Emilion, France, 50% Merlot, 50% Cabernet Franc. We tried arranging a visit here but unfortunatly the dates did not work out.

As we arrived 23:30 friday evening and left Sunday afternoon the Saturday becomes the important day. But in a small town on a weekend it is important to schedule as a lot of vineyards are closed and also you do not want to drink and drive and lets face it, there will be wine!

We started 10:00 with a breakfast in the main square. 8 euros for juice, bread or crepe and coffee at Amelie Cafe made us aware that yes, prices in St Emilion are affected by tourism but nothing to break your back over. Coffee was great, bread as well, the butter was nicely wrapped in this kind of christmas wrapper. The chocolate crepe, also wow. Bread came with butter and two types of marmalade, also great. After that we decided it would be a good idea to visit the tourist center that had good reviews on what we could do on a saturday. Personally, I rarely go to these centers as I prefer to make my own list but they were extremely kind and helpful and most importantly, they were aware of the opening hours of each thing (almost).

St Emilion is famous for its monk that apparently travelled from Brittany and did “a miracle”. What happened was that he had access to some rich persons kitchen, stole some bread under his coat to give to the poor and he then once got caught and was asked to open his coat he said it was a piece of lumber and when it opened, the bread actually turned to lumber. Religious magic, is it not? Some might even call it a miracle! Anyways, this made him famous and with this fame, he became bothered and wanted to go from a monk to a hermit monk! (Living in isolation that is). However, seems like he went with some disciples and created this monolitic church. Monolithic means “one” and “stone” so it is dug out rather constructed. It is an incredible work and quite different than most churches you might be used to see. The impressiveness is NOT the ornaments and paintings that has faded but the age of it and work creating it and it becomes obvious that modern day society has moved quite far from physical creation to digital and intellectual creation.

We met Manon at the tourist center and she was very kind and helpful saying that the 11:30 saturday tour was in french but she could explain so we went with that. We felt a bit uncomfortable asking too much in a big group in English so I would perhaps recommend to wait for English (duh!) if your french is not on par as was our case. 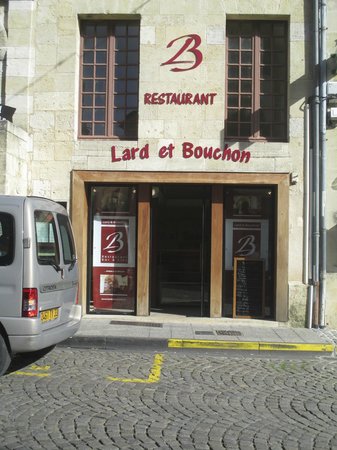 We called just before the church visit to reserve a spot on Lard et Bouchon in the center that had good reviews on tripadvisor and the like. After the visit we walked perhaps 5 minutes uphill and found it going down inside another handmade cave filled with wine. What a wine list! We had a Chateaue Doume Che, St Emilion grand cru. The daily menu had a starter, a main and dessert for withoutdrinks. Each course had 2 options (there is also an a la carte) and we both went for the poached eggs with chorizo and wine sauce with a foie gras bruschetta and it was great. For the main we also went for the pork fillet with a fantastic sauce based on pork fat served with potato purée. For dessert we finally differed with me having a creme brule that was decent (I prefer thicker texture in general and this was very custardy) and my company had a bread pie with cream and vanilla ice cream. I am not a superfan of desserts in general and especially not ones just based on sugar, vanilla and pastry.

Btw, as a comment of that, earlier that week I bought the winefolly wine graphical guide to carry with me during the trip as reading material. During our and many others wine tastings me and others often mention that there is no wrong answer and we each interpret things differently. This is true but I thought I would share a great page from this book that really explains a lot on my taste of wine and food in general.

For example, as I am very into craft beer and very hoppy and bitter IPAs I was always confused by the concept of bitterness. People talk about these double or imperial IPAs as being superbitter and difficult to drink. For me, I always thought about bitterness as kinda disarrono, bitter almond. However in beer I just like a flavour overload. The same with spicy food, with Swedish salty liqourice etc. I tend to seek the most extreme of flavours. I also find a lot of food quite bland. This is all explained in this page, I just have fewer taste buds. This sound bad tbh as it does sound like I am limited in my possibilities of tasting but after thinking about it is probably as limiting as someone being very sensitive avoid a lot of the more extreme versions because it is just too powerful for them. So again, there is no right or wrong.

Economy: Cheapest bottle was 29 euros going up to 400 euros but they also had (very) expensive wines by the glass averaging 12-14 euros/glass. The daily menu was 29 euros

Also after going to the tourist center we asked for vineyards that would does tastings on Saturdays and Sundays and on saturday we got recommended 2 places. One was Chateau Ferrand outside of town and called in and was offered to do sunday 10:30 which we initially signed up for. We also called Chateau Queyron Pindefluer for a tasting at 5. More on that later. In our recommendation there was 2 chateaus in town that had visits and tastings and also a third shop that arranged paid tastings for around 10-15 euros. We went to xxx but unfortunatly they were open but no tastings in March (starting april) but we would visit the wine storage and of course, buy wine in the shops. We went down and checked it out and it appears that also these were cut out from the lime stone or caves to store wine with various vintages in a tunnel-like system. So it was dark and mysterious. We excited without buying anything….

Next to it, there was another place with a similar approach. By this time, we have seen a few cellars and without a guided tour, it perhaps is not that exciting to see another cave where they store wine as the principles are similar. However, it had a nicer wine shop and there was a tasting after it albeit short. So the setup was to pay 5 euros to try 2 wines with some explanation. The person was very humble, knowledgeable and it was much appreciated. Galhaud was the family name. They had both a place in Medoc and St Emilion. After the wine tasting it was mentioned that one bottle was 9 euros and another was 21 euros and with the 21 euro-bottle the tasting was free. We liked the more expensive bottle and was quite happy paying that. They also offered to ship bottles to most places in the world. To ship 6 bottles to the UK was 36 euros and 12 bottles around 50 euros in shipping. Do your math!

As we were flying hand luggage only we decided to just buy 1-2 bottles in shops to consume but if we were to buy more bottles, perhaps we would shift more towards one of the plentiful wine shops arranging tastings with an implication for you to buy a bottle or more after the tasting.

Our initial idea was to also pay for a wine tasting but honestly after a big lunch and one wine tasting and another planned at 5 we decided to not do the middle wine tasting. We had some fantastic bread, ham, foie gras and cheese we bought in a nearby shop and rested up for the tasting at 5 at Queryon Findefleur..

This is a family winery with the current runner having lived in Australia for 14 years and thus speaking excellent English and being very enthusiastic in general. We started out seeing the wines with her explaining the process which was very educational without being too in-depth nor boring. Great! Then we proceeded into the winery and she talked about the process of harvest, picking grapes and how maceration influence the flavor and things they look for. For example, the same grape juice left after pressing starts out yellowish, then by a rose they can leave the skins in for 2-4 hours while a full red might be 12 hours for them and this makes the juice go from yellow, to rose to red. Also how it is important not to crush the seeds as it makes a more tart flavour and they monitor ripeness a lot as if the grapes are not ripe then that would often bring vegetable flavor etc.

Then after that ther ewas a tasting of the same wine from 2 vintages talking about the flavors, what we pick up and then again later after aerating the wine how the flavors change. Then how it changes after eating cheese. I might like it because it is similar to what I do! Then in the end it was 5 euros with options to get several wines but no pressure. Overall it was a great tasting 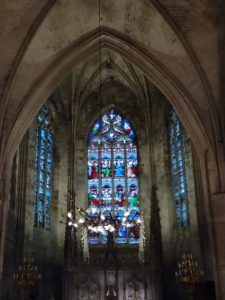 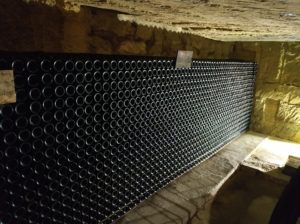 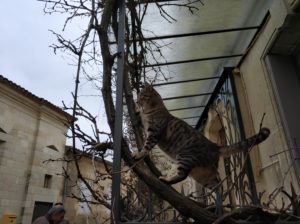 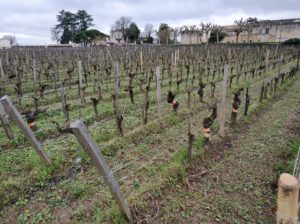 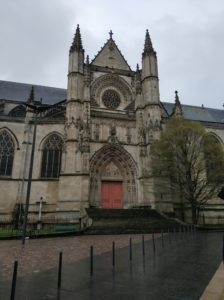 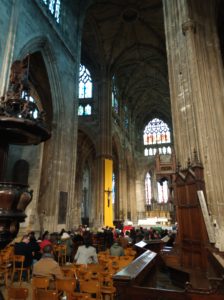 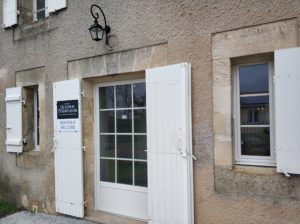 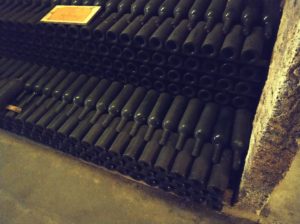 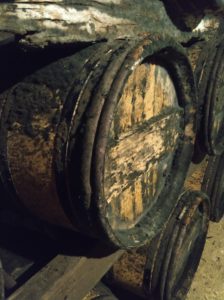